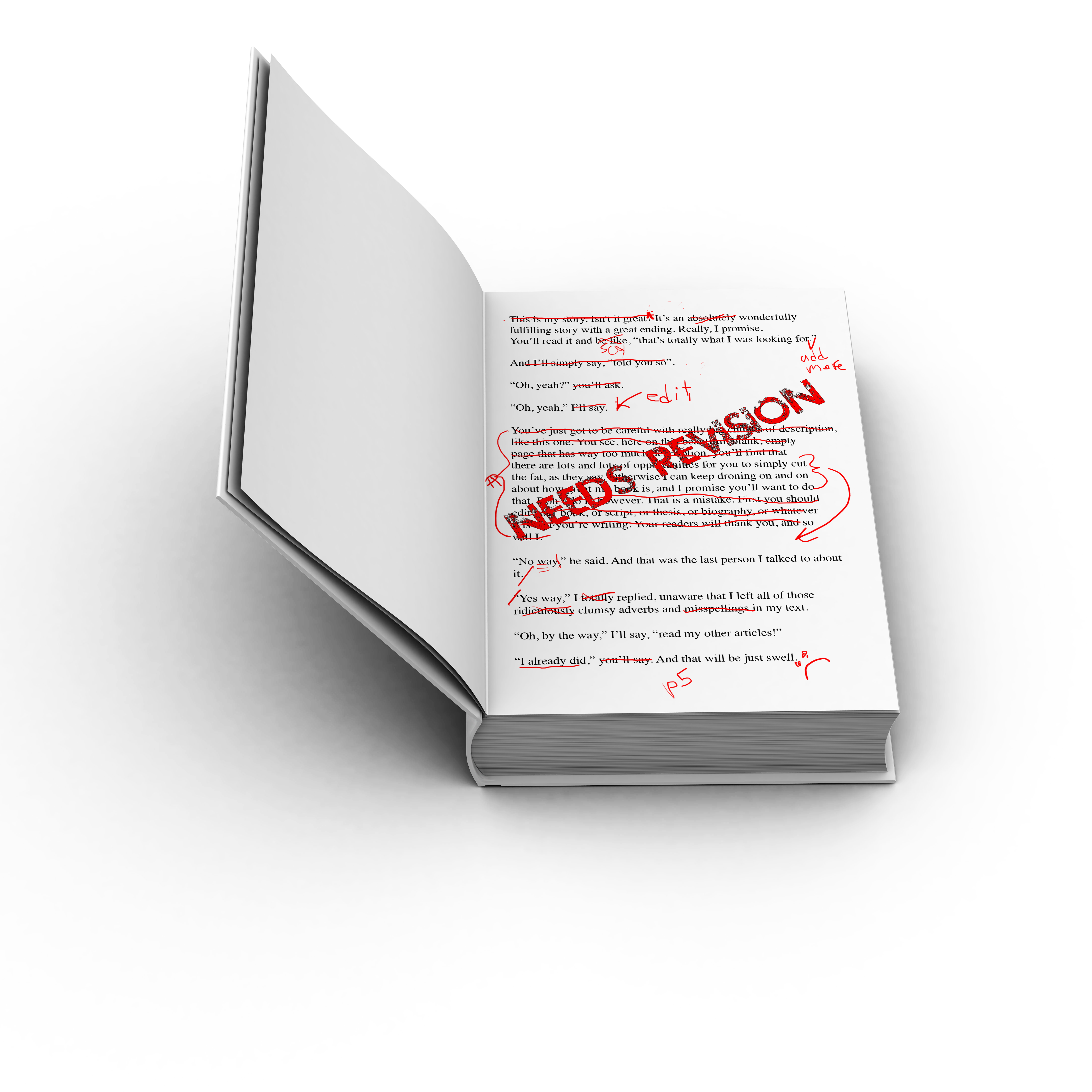 10 Ways to Shorten Your Writing

Whether you’re writing your next script or your long-awaited manuscript, you’ll always run into the need to “pare it down”. As an author, I had the unfortunate need to trim my 600-page whopper down to a manageable 300-ish page novel. Along the way, I picked up a few tricks on how to bring brevity to my story. Here are 10 ways to cut the fat and find the good, juicy stuff.

This is a universal edit. Write down your story in outline form. This happens, then that, then that. It should fit on about one page and feel like a cause-and-effect word problem. Now comb through your list of scenes. If any of them don’t cause the following scene and flow from the previous scene, you can bet it’s unnecessary and you should lose it. Only keep the scenes that further your story; delete scenes that are redundant. If your character had an abusive step-father, we probably don’t need to see two flashbacks. One will suffice (just make it good!).

You’ve probably all heard this, but it’s important. Do your best to nuke every single annoying adverb. For example: “He walked drunkenly to the bar and spoke grumblingly.” vs. “He stumbled to the bar and grumbled.”

We don’t always need to know how the musty old attic smells. It’s musty. And old. Picture painted, move on. Getting rid of huge chunks of description helps speed up the story and keeps the audience involved. Trust your readers to paint the picture in their heads.

5. Dialogue Attribution: Who Needs It?

This may be debatable, but my opinion is the less dialogue attribution, the better. Getting rid of redundant he-said she-said helps reduce your word count AND forces the reader to move more quickly.

You’ve all heard it. Do it. Remove your favorite sentences, paragraphs, or even scenes. See if things move faster without them. Often times, they will. I know it hurts, but it is one of the universal rules of writing: you’re never as clever as you thought you were when you wrote that.

7. Let the Characters Speak for Themselves

Constantly describing the way characters feel can make a story drag on. And on. Get rid of all of those nasty “feelings” that the narrator is implored to say. If your characters feel strongly about something, that’ll come through in their actions.

A fine way to shorten things is to use one powerful word where you previously had a clump of many weaker words. “He drunkenly walked over to the bar, found a stool, and sat down with a thud” can be shortened to, “He stumbled over to a stool and thudded down.”

Your characters don’t need to do a whole lot of thinking (cruel, but true). The reader wants to see what will happen, not how your character came to their decision. Especially action heroes. Have them take action, and then respond to the repercussions. If your characters are believable, we’ll know why they did what they did. Or at the very least, we’ll want to keep reading to find out.

When in doubt, flip to a new document and re-write the scene from memory. Chances are, you’ll skip the non-memorable parts and re-hash the scene in a way that is so fast (and light on words) that you’ll be even more impressed with yourself as a writer than you already were!

Did I miss anything? I’m sure I did, so let me know in the comments (sans adverbs).