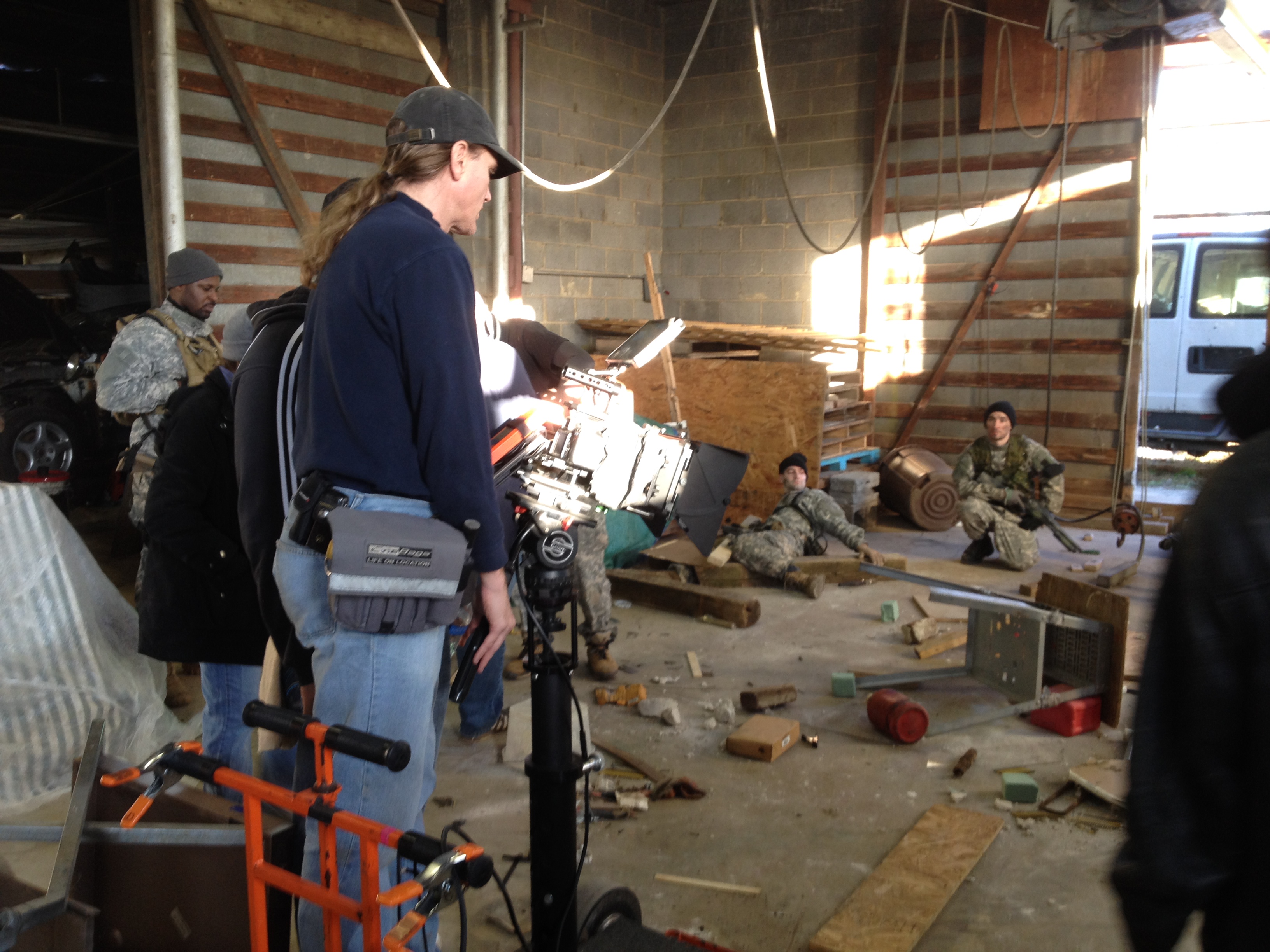 So you want to be an independent filmmaker, but don’t yet have a film made. To do so, you need to find a production crew. This can be tricky for anyone, but it gets even trickier when you have a small budget or no budget at all. And just like no two films are the same, no two production crews are the same. So here are a few tricks and tips to go about finding and keeping a good production crew.

Okay, so this is a given. The more money you can offer, the more likely you are to get a really experienced, professional crew. But sometimes you don’t have that money, and we understand that. However, that doesn’t mean you should ignore the idea of a budget. Creating a budget (even if no one sees it) helps you plan, organize and consider your crew and your assets. And if your film does make a lot of money, you have to know how much to pay all those people that you promised you would pay if the film made money.

In particular, know which crew members you need, and why. Do a little bit of research if you don’t know, and you’ll be surprised how much you’ll learn about a film set. This way you know what to look for in a crew member. It’s also important to know which position is responsible for what, otherwise you risk being under-staffed or creating a hectic film set where no one knows who is responsible. This is frustrating for a crew, and can even be dangerous.

3. Don’t Use Your Buddies

Unless they’re film professionals or want to be, most of the time using your friends as filmmakers is a mistake. They tend to be less respectful of your authority as a producer or director, and, honestly, they don’t know what they’re doing. If you want your film to look good and run smoothly, use people who are both passionate about filmmaking and know what they’re doing.

In a different way. The best way to find good crew members is through recommendations from people you already know. Most filmmakers with experience have a list of people they will recommend (and people they won’t recommend) if they’re unable to make it to a shoot. This is because most of them see the same faces from set to set, thus creating a good friend-of-a-friend system that you can utilize. ‘Is there someone you can recommend?’ should be one of the questions you ask everyone, all the time.

This seems unfair to those trying to break into the industry, but it’s necessary. If you’re trying to build a crew, look for people who have done this type of film before. Not every single person has to be a Hollywood veteran, but having a high level of experience on the set helps everyone, including those who are still trying to learn the ropes. Ask to see peoples’ resumes, or at least a list of credits. Most of the experienced people you will find through word of mouth (see #4), or maybe your local film office has a list of local crew and resources. The more you hear about a person, most likely the more experience they have.

Aside from hoping you have friends who ‘know people in the industry‘, you may have trouble knowing where to look for people. A great place to start is your local (or city or state) film office. See if they have a list of crew members and the like. You can also try websites like Facebook, mandy.com or even Craigslist (but be careful…lots of crazies and wanna-be’s) to look for local talent. Look into Meetups, or even search for local production companies and ask them where they find their freelancers. The trick is to spread your name and your project’s name out around your community and let people know what’s going on.

Local schools may have film majors or even theatre departments that are filled with students fighting for an opportunity to gain some experience on a real set. Again, you want to have some seasoned veterans on the project as well, but if you’re trying to fill the ranks, a good place to check is the local university.

8. Know What You Want

Nothing is more frustrating than being on a set where the people in charge don’t know what they want or why. Have your shoot planned out, and be able to answer questions. If you’re unsure what you want to see, then you aren’t ready for a crew. Waste your own time in preproduction, don’t waste the crew’s time on set.

One of the best places to find crew members is, well, on a production crew. Be willing to lend a hand, work hard, and try to get yourself involved in other productions where you are helping another filmmaker out. This allows you a great chance to network, work with crew members and form friendships with people who know that they’re doing.

WARNING: Don’t join another production just to try to poach crew for your film. Especially while you’re working. You should honestly want to be there, work the position you’re working, and then impress those around you with your own skills. Develop friendships on set, don’t see another person’s dream as your recruitment opportunity.

This seems strangely specific, but it is important. One of the most unbreakable rules of filmmaking is that you must provide a meal for your crew if they’re going to be with you for the day. They can work for free with no trouble, will drive themselves to location without a gas stipend, and many will work themselves to the bone to help you complete your vision. But if you want to avoid people walking off of your set, you must feed them. It doesn’t have to be anything more than a couple pizzas, but it is one of the most important unspoken rules of independent filmmaking. And now you know.

There are obviously many more details and creative ways to put a crew together, but hopefully these quick little tips get you started on the right foot. If you have any other tips or tricks that you think I missed, please comment. Filmmaking is all about collaboration and learning from each other, so get to it!